Your sense of thought observes the thoughts of others. Specifically, you
observe the views, considerations, and questions that others have, and thus
get an idea of what they are thinking. You must distinguish between the sound of a word and its meaning. Next to the tonal shape of the word, words have meaning. In order to understand what someone is saying, you must know the denotative meaning of the words and be able to distill the coherent thought from the arrangement of the words.
When you focus on someone’s way of speaking, that is on the phonemic image, the substance of what they are saying will pass you by. But when you concentrate on the substance, you do not hear the way in which the message is conveyed. This is most apparent when you hear a language being spoken that you do not understand. You can pick up certain tones, but you do not have the faintest idea of what is being said. Clearly, your sense of speech and sense of thought perceive different complementary aspects of human communication.
Imagery is a descriptive tool. For example, you could describe how a woodpecker hammers an oak tree. This would immediately raise images of oak trees and woodpeckers in the listeners’ minds. They might
even hear in their minds the drumming sound of the woodpecker. Their imaginations color the story as you tell it to them. Everyone will have their own specific images, based on their own personal experiences and past observations. But it is also possible to discourse on abstract patterns of thought, such as why the sum of the angles of a triangle must always add up to 180o. When you listen to an abstract discourse, you must concentrate on
the other’s train of thought, so that you do not lose their line of reasoning. You must hold back your own thoughts and images and give yourself over to the other person’s thoughts. When you fail to follow the story, you return to your own thoughts. Focused attention, in short, is necessary to observe another’s thoughts, and you can only focus your attention if the words or concepts that you hear are familiar to you. The body of concepts that you build up over time is therefore essential to understanding someone else’s line of thought. This body of concept forms the organ of observation that is referred to as your sense of thought. Your sense of thought distinguishes between your own and another’s thoughts. The sense of thought is very important in people’s spiritual development, as thought enables them to learn new concepts. New concepts, in turn, broaden our mental horizons and encourage us to integrate them in our own way. It is not easy to understand, absorb and integrate new concepts. The road to truth is a painful one.
The sense of thought uses that part of the life sense that is not focused on the body but on the mind. The sense of life observes processes in your physical body and the sense of thought observes mental processes in your immaterial body. This is logical, as the life processes are directed by the vital being, and thought takes place in the immaterial part of the vital being. Soesman wrote that the sense of thought is better developed when the sense of life has been more active in someone’s childhood, i.e. when the person learned as a child that wishes are not always fulfilled and also learned to endure pain.
The sense of thought can also be used to determine which thoughts or ideas are at the root of a phenomenon. In this case, you would observe the phenomenon with your sense of thought, in order to find your way around it and find out what has shaped it.

Exercises
Tell a story with a lot of imagery, such as a fairytale. Then ask the listeners to describe what they were thinking and what happened inside them as they were listening. Now hold an abstract discourse on, for example, a mathematical or philosophical matter. Ask your listeners the same
questions as before. In a group discussion, try to uncover how the listeners’ activity differed. Ask someone to tell an evocative story without forming any mental images. In other words, the storyteller must tell the story as if it was an abstract discourse. Then another story is told, for which the speaker did create her own images. As a listener, what differences did you observe? 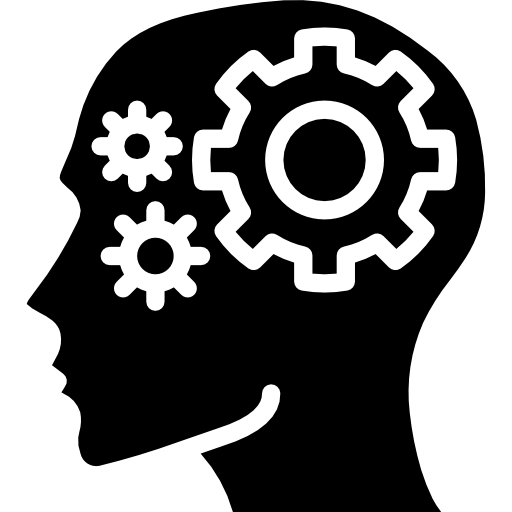